Take me out tonight..

It was a few months ago that i heard this song, i think it was on a show, or some euronews documentary channel background, liked the lyrics saved them and then tried to youtube it but ended up getting me the slow versions.. i wanted the digital scratchy one…

anways.. a friend made me a cd, and the song happened to be the first one!

The track is an electronic music cover of “There Is a Light That Never Goes Out” by the Smiths and was recently voted by Wire Magazine as one of the best cover versions ever recorded.

d is not at work this week.. she is having a long weekend while we slave away… on 3 events.. i think she was spotted at the beach.. its okay.. we will survive.. 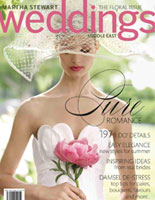